Last night, our very own Jake Sharrock,and Daniel Kirk joined the movers and shakers of the Manchester’s product scene. Supplied with beer and pizza we listened to an insightful talk by Damian Hughes AKA The Liquid Thinker.

Did you miss? Find frontend developers in Amsterdam: A guide to source the best talent

We heard Damian talking through extracts of his new book, ‘The Barcelona way’. Describing the various differences of working culture and how to identify and implement the principles that create that elusive and well balanced high performing environment – the ‘commitment culture’. We heard the psychology behind the arc of change and how it can be applied most things in life - business, football, even dieting!

He also commented on authentic leadership, using Barcelona legend Carles Puyol as a prime example. Giving the glory of lifting that famous champions league trophy to a coach and a player that contributed relatively little to the title to outsiders, but had both been battling cancer simultaneously in the background. His message was clear. Not one person is bigger or more important than any other, and that contributions, dedication to the cause and humility are recognised.

A perfect example to what hinders this culture was brought up too. Barcelona’s manager at the time was master tactician and current resident of Manchester, Pep Guardiola. When he bought Zlatan Ibrahimovic at around €66m in a record transfer, he failed to fit into the ‘FIFO’ (Fit In or F*ck Off) culture pep that had created, he was inevitably dropped and sold pretty sharpish; maintaining the winning culture. A Financial loss was more acceptable than a cultural grenade in the squad. In a nutshell, no one person is bigger than the club. (Something Sir Alex Ferguson also created at Manchester United).

What we took away from this was, you can take inspiration in high performing culture in the sporting world. The same three principles are found in any high performing culture; humility, hard work and a team first mentality are what you should be looking at when building your teams. Both on and off the pitch!

Damian – it was a pleasure to listen, good luck with the new book! 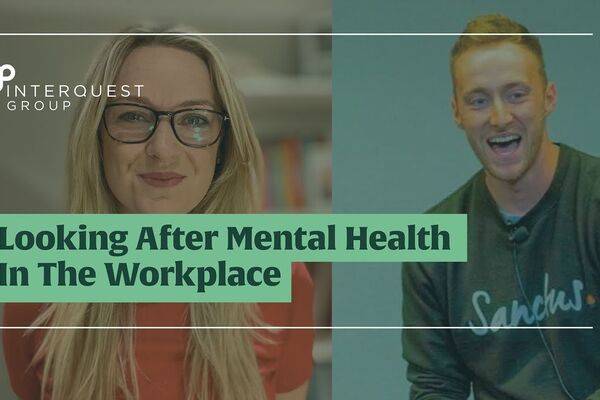 Looking After Mental Health In The Workplace

The Virtuous Circle of Wellness at Work

The Competition For Talent: How Do You Win?